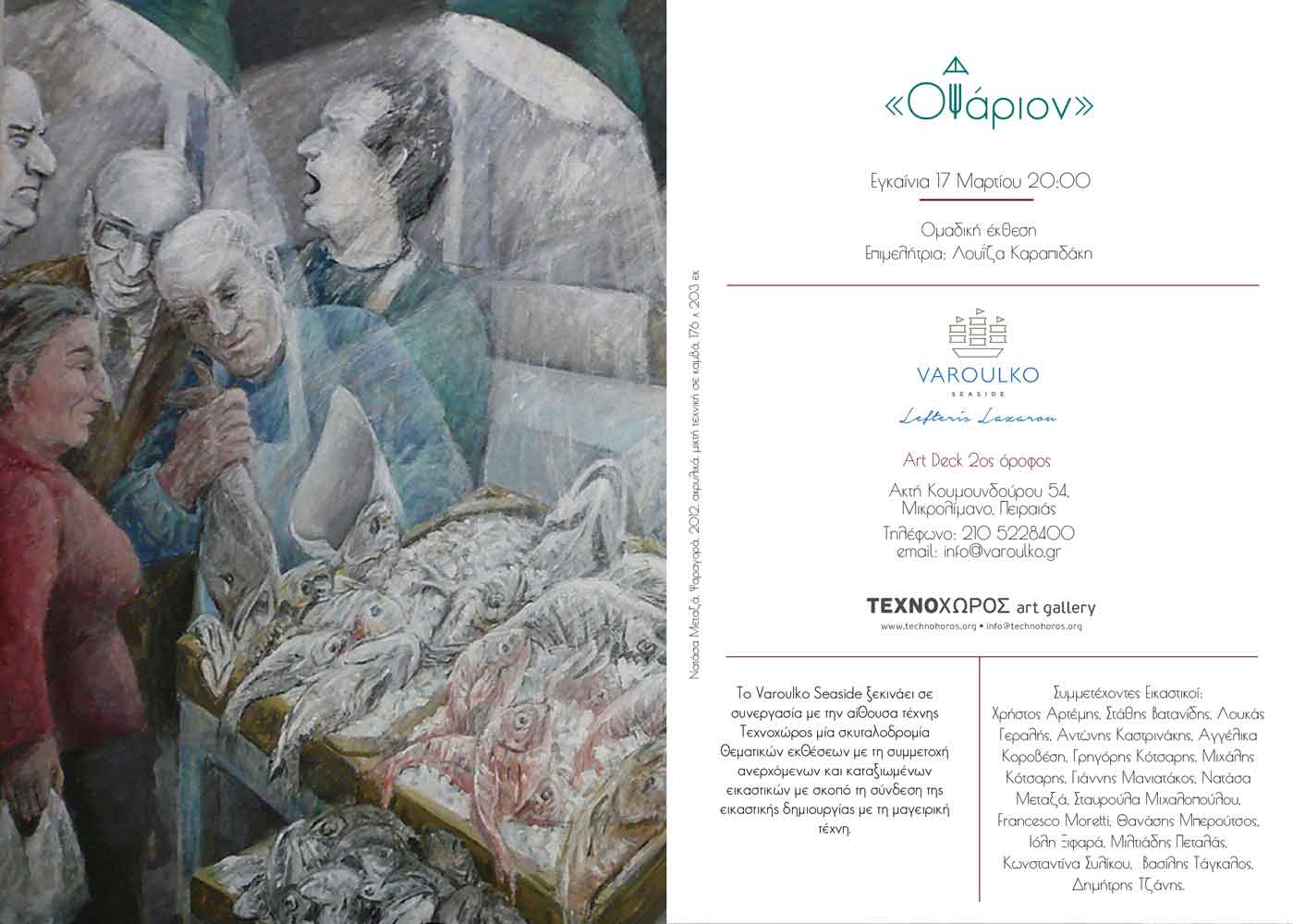 The Varoulko Seaside Restaurant and Lefteris Lazarou, having a 30 year long and successful presence in the dining area, are starting a new collaboration with the Technohoros Art Gallery, organizing a series of thematic art exhibitions that will be hosted on the second floor of "Art Deck" new event venue in the restaurant, in Mikrolimano.

The restaurant area is going to be transformed into a gallery where co-exhibitors will have the opportunity to become spectators and "critics" of art, and will definitely influence the development of the project.

On Thursday, March 17, 2016, at 20:00, the first exhibition entitled "Opsárion" under the supervision of the historical artist Louisa Karapidaki will be inaugurated and will be held until mid-May. The curator of the exhibition, Louiza Karapidakis, notes on the title: "The daily diet of the ancient Greeks had as a basic food the bread, which was necessarily consumed with a companion, so-called" oops ". The inferiority of the word "hypson" is "goblin". A very common accompaniment to bread was the fish. In the meantime, the word "fish" was identified with the description of the accompanying fish and attributed the newest word "fish / fish".

In the "Opsárion" exhibition, modern Greek artists are performing works (sculptures, engravings, paintings and constructions), depicting the central theme of seabed and fish with realistic, poetic or even surreal mood. In some cases the performance of the seabed is the result of the experience of the artist's "experience", since the works have been painted in the sea while others have been aged in the bottom. At the same time, fish sometimes appear "delightful" with clear realistic features, while the minimalist way of their morphological performance sometimes prevails. The references to mythology and symbolism, fishing scenes, fishermen's benches, and fish in the pan and the pan are not omitted, referring to the favorite Greek dish.