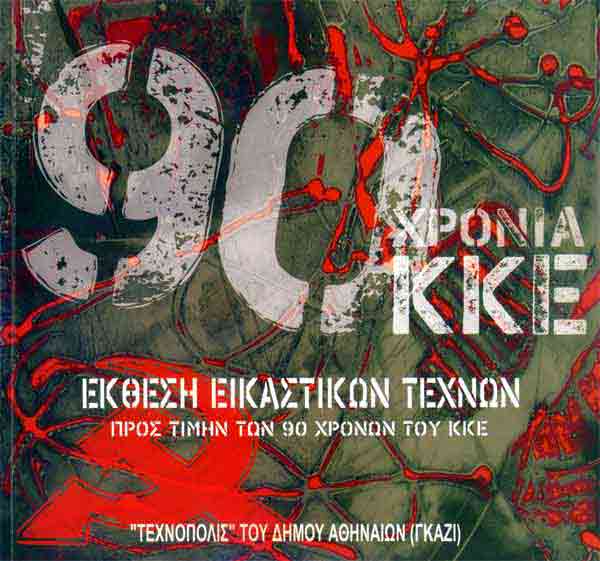 Three hundred contemporary artists exhibit their works in Technopolis of the City of Athens (Piraeus Street 100, Gazi) honoring the 90th anniversary of the founding of the Communist Party of Greece.
The exhibition is organized by the Cultural Department of the Central Committee of the KKE in honor of the thousands of fighters, who gave their lives for a better tomorrow and presented works of all forms of visual expression such as painting, sculpture, engraving, mixed techniques, mosaics, ceramics, video-technologies, artistic photographs-installations, etc.